After three months of electrical repair work, the aircraft carrier Harry S. Truman is now ready again to head to sea and is expected to deploy in the near future, Navy officials announced in a Nov. 12 press release.

“I’m not going to discuss schedules or future ops, but every effort is being made to make the carrier, air wing and sailors operationally ready to deploy,” Capt. Scott Miller, spokesman for U.S. Fleet Forces Command told Defense & Aerospace Report. “Truman will be prepared to deploy as a capable naval force, ready for tasking in any AOR.”

What’s not clear is exactly when that will happen. That’s because the Navy, as a matter of policy, does not discuss future operations, Miller said.  But the ship, he said,  won’t be required to complete any further training or exercises before it deploys, even after three months pier-side.

“The carrier strike group has maintained a high level of readiness since returning from deployment in December 2018,” said Lt. Marycate Walsh, spokeswoman for U.S. 2nd Fleet.

Truman’s escorts — the rest of the ships of Carrier Strike Group 8 —  are already on deployment, leaving two months ago on Sept. 12, deploying as a Surface Action Group lead by the Norfolk-based guided-missile cruiser Normandy.

The remaining ships are three guided-missile destroyers, the Mayport, Fla. based Lassen and Farragut and the Norfolk based Forrest Sherman.

It’s been an interesting few years for Truman, which last left on deployment April 11, 2018, just a year and nine months after returning in 2016 from a record setting deployment, much of which was spent bombing the Islamic State in the Middle East.

The ship’s two-part cruise set another precedent, as the ship was the first to employ what Department of Defense leaders now call “Dynamic Force Deployment.”

The concept is designed to keep potential adversaries guessing about U.S. military deployments — especially ships — which had become too predictable over the past couple decades, officials said at the time. 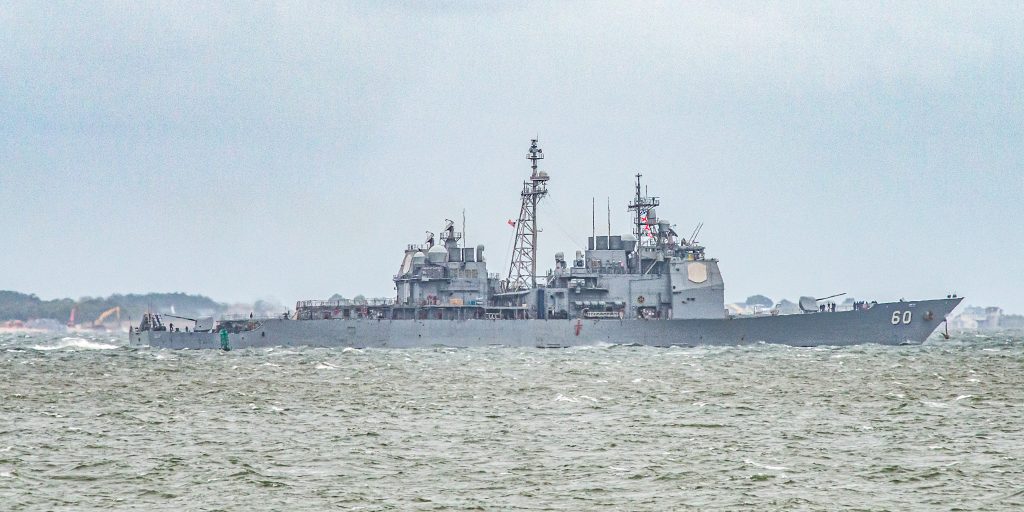 After their April departure, the Truman and its strike group surprised many by returning to Norfolk on July 21 of 2018 for what officials called a “working port visit” instead of a homecoming.

Heading to sea again on Aug. 28, Truman operated off Norfolk with the carrier Abraham Lincoln, which was then spinning up for her round-the-world cruise she’s still on.

Truman spent the next few months operating in the North Atlantic and even above the Arctic Circle — the first carrier to do so in nearly three decades. The rest of the cruise was spent in the Mediterranean Sea before the ship finally returned to Virginia in time for Christmas on Dec. 16.

The ship again returned to sea on March 12 and began to train up for yet another deployment — her third in four years.  By July, the ship was at sea under the tutelage of the re-established 2nd Fleet being put through the paces of a Composite Unit Training Exercise which ended Aug. 5.

She ship hasn’t been to sea, since then, battling with a nagging electrical issue.

“In August, the Navy announced an emergent maintenance requirement for an electrical issue aboard Truman,” the release detailed. “The Navy replaced damaged components and completed tests to ensure no further issues will arise.”

Officials also had engineers do analysis by pulling inspections on board other Nimitz class carriers the release said, concluding that the Truman’s problem “was a localized issue and not a class-wide concern.”

Isolating and fixing the problem was “a very challenging technical issue,” according to Vice Adm. Thomas Moore, who commands Naval Sea Systems command, which coordinated the repairs.

“Returning HST to full functionality was a team effort with a tremendous amount of work and collaboration by NAVSEA, our industry partners, shipyard workers, and the crew of HST.”