Navy personnel officials this week tabbed 17,221 active-duty, full-time support and selected reserve sailors to move up in or into the petty officer ranks from this year’s fall advancement exam cycle.

With a total force cohort of 150,317 sailors deemed eligible to move up this fall, the total Navy chance to advance from the exam alone came in at 11 percent.

Those advancements are just the latest addition to the numbers of sailors with something significant to be thankful for this season, as they sit down for this year’s turkey dinner. That’s because the Navy’s advancement landscape has changed in recent years.

Along with the exam advancements, this fall also saw another 4,210 sailors move up through meritorious, command-level advancements. Another 1,613 were advanced through assorted other methods, too. In the end, a total of  23,132 sailors got a new chevron on their sleeve, making  bringing that total percentages of advancement of eligible sailors to 15 percent.

Though it’s not written policy, it’s become an expected annual event for the Navy to announce the fall advancement results in the days leading up to Thanksgiving. A similar celebration happens the week before Memorial day for the spring results announcement, too.

And as for metrics, petty officer advancements were only gauged through the semi-annual advancement exam cycles. The metric was arrived at, using the percentage eligible sailors who actually netted one of their rating’s advancement quotas.

Those days are over.

Still, the Navy continues to meet those spring and fall benchmarks. But what goes into that picture has seen a total shakeup of late. It started with the growth of the Meritorious Advancement Program, known as MAP. That’s where unit-level commanders get a set amount of hikes they can use to reward their best sailors in advance of each semi-annual exam cycle.

“There are multiple paths to advancement and the Navy Wide Advancement Exam is just one part of the overall advancement opportunity,” Lt. Stuart Phillips, spokesman for the chief of naval personnel told Defense & Aerospace Report Nov. 25.

That’s why, starting last spring, the math became a little more complicated. Officials scrapped the old formula, saying it didn’t account for the Navy’s other advancement paths. Those alternate paths to new crows include not only the growing MAP advancements, but also those from the recently announced Advance to Position Program — where officials reward with advancements those sailors who take the Navy’s toughest jobs.

In addition, the Navy now factors in to the metric the long standing advancement paths such as those who advance through the Professional Apprenticeship Career Tracks obligated service or Selective Training and Advancement Reenlistment Programs.

The end result, they say is a better picture of the health of Navy advancements.

What hasn’t changed is what the Navy’s advancement system is based on. Officials have long stressed that as a “vacancy driven,” system, there must be openings at the next paygrade for sailors to move up into.

With retention at an all-time high, some ratings are now overmanned and thus will have fewer advancements this cycle. 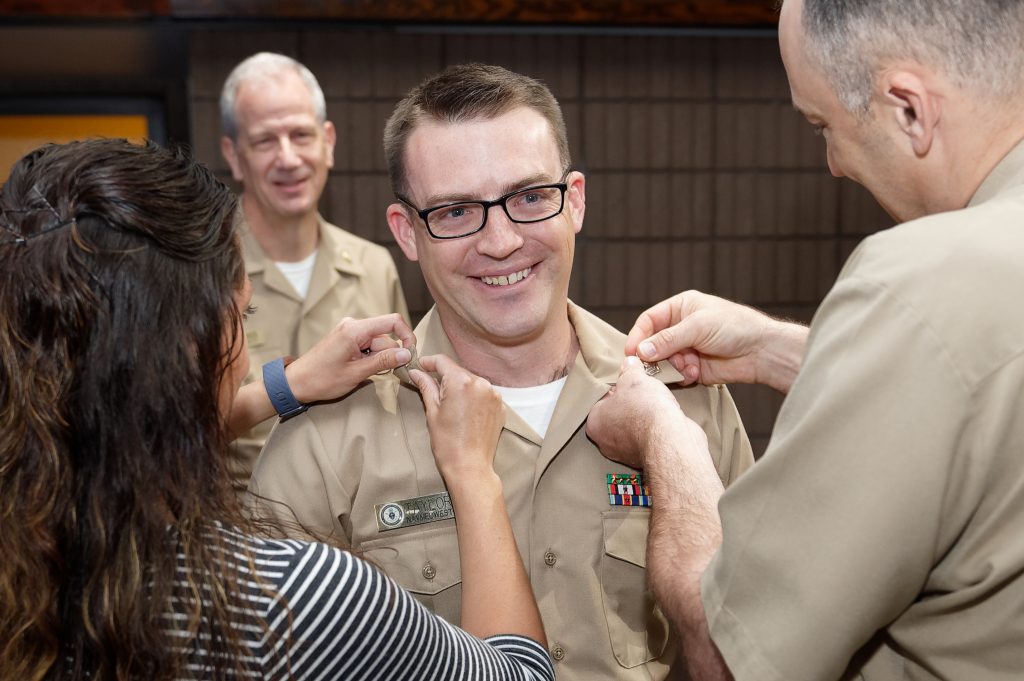 The chance to advance to paygrades E-4 and E-5 remained steady at 22 and 16 percent respectively. However, those looking to move up to E-6 will see a slight dip in their chances down to about seven percent.

To see a quotas breakdown by paygrade and rating go here.

To see a list of those active-duty sailors advanced off this fall’s active exam cycle, click here.

The reserve full-time support community is a small, active-duty component in the Navy. Small changes in the force can result in big changes in opportunity percentages. This cycle, advancement dropped across the community due to what officials are calling a “change in force requirements.”

Still, for many, the chance to advance is still better than for sailors in the active force.

Across all three paygrades, the exam cycle saw 7,951 eligible sailors vying for 466 exam vacancies, 85 through MAP and 13 through other programs.The resulting total was 564 total advancements that and an overall opportunity of 15 percent down from over 20 percent last cycle.`

The chance to advance to paygrades E-4 and E-5 opportunity was still good at 31 and 24 percent respectively. However, at the E-6 level, opportunity equaled their active counterparts with a shot at advancing at seven percent.

To see a quotas breakdown by paygrade and rating go here.

To see a list of those full-time support sailors advanced off this fall’s active exam cycle, click here.

To see a list of those full-time support canvasser recruiters advanced off this fall’s active exam cycle, click here.

By far, the best shot at advancing across each of the last two cycles has come in the Navy Reserve with a total of 7,951 eligible sailors competing for a total of 2,864 total advancements through all methods — an overall shot of 36 percent.

At E-4, Navy officials say opportunity increased to 93 percent this cycle, up from from 81 percent in the spring with with 824 exam and one MAP sailors moving up out of a field of 898 eligible sailors.

As with their active and FTS counterparts, drilling reserve E-6’s advancement opportunity decreased this cycle, though overall, opportunity is much higher than in the other components. Here, 4,077 eligible E-5’s competed for 737 exam quotas and 34 meritorious advancements  — a 19 percent shot at moving up, down a percentage point from last cycle’s 20 percent shot.

To see a quotas breakdown by paygrade go here.

To see a list of those selected reservists advanced off this fall’s active exam cycle, click here.