Navy’s top officer says that “Mission one”  for every one in the Navy — “active and reserve, uniformed and civilian –  is  “operational readiness.”

Such readiness starts,  Chief of Naval Operations, Adm. Mike Gilday wrote in NavAdmin message 254/19 signed out on Nov. 12, readiness starts with “being ready both in our personal and professional lives.”

What Gilday wants are sailors and their leaders who “actively pursue that which is right”  in both their personal lives and their Navy careers. What he doesn’t want is a fleet that just “aiming to simply avoid doing the wrong thing” which he says is “too low a bar.”

Published with the title “Culture of Excellence” the missive is Gilday’s first official deckplate-facing words since relieving Adm. John Richardson in a low-key ceremony at the Pentagon on Aug. 22. In his remarks that day he said his “focus”  is to “move forward – with a sense of urgency – in sustaining our readiness, modernizing our force,” he said.

A large part of that focus, he added, is “taking care of our Navy Team and their families” who Gilday called “our most important weapons system.”

Since then, his readiness mantra hasn’t changed even after spending much of his time since on the road, talking to leaders and sailors alike. 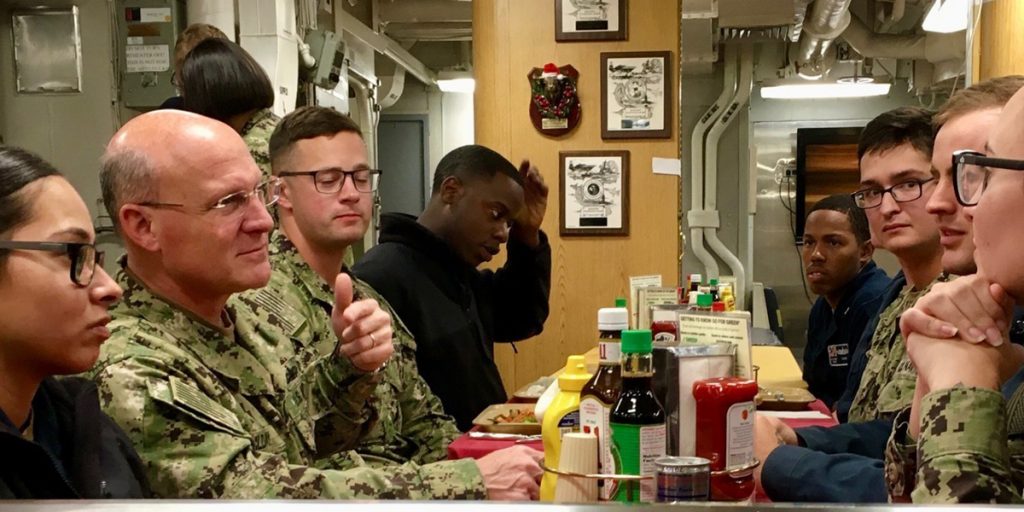 As a destroyer skipper, Gilday was known for walking around the command and popping in for impromptu talks with officers and enlisted alike — a practice that drove those trying to keep tabs on this whereabouts crazy.

Now, his command now spans the globe. Still, those who’ve watched him work as CNO, say he still prefers having more one-on-one talks with sailors than doing large-audience “all hands calls.”

Though he’s still preparing formal guidance to the fleet on the direction his tenure will take, he’s starting with a message to leaders and sailors  alike saying that readiness starts with individuals adopting “high ideals of integrity and service” that help the Navy “drive toward” what he calls “a Culture of Excellence.”

Such a culture, he said is necessary to “effectively recruit, develop, manage, reward, and retain the forces of tomorrow.”  It’s also an effective way to combat destructive behaviors that range alcohol-related incidents and sexual assault and harassment as a way to combat suicides in the ranks, too.

“This is not a tagline — this is a call to action, and we must begin today,” he stressed in the message.

“When sailors feel included, respected, and empowered, they will be more ready to win wars, deter aggression and maintain freedom of the seas.”

The underlying message is not new one.

In 2008, now retired Adm. John C. Harvey — then the chief of naval personnel – released a series of messages calling on commands and leaders to be “Brilliant on the Basics.”  Many of the ideas that Harvey wrote about became the action items of later personnel chiefs such as now the retired Adm. Bill Moran.

These include the Navy’s leadership continued emphasis on driving as much decision making on sailor careers down to the lowest possible level,  which has resulted in more command level advancements and input on which sailors can stay in the Navy.

A decade later, in April of 2018, current Vice Chief of Naval Operations, Adm. Bob Burke encouraged the fleet to knock the dust off Harvey’s old messages and recommit to their principals as a key to recruiting and retaining sailors in a growing Navy.

This past August, just weeks before he handed the reins of the Navy to Gilday, CNO Richardson released a pair of messages outlining similar principals as the road for the navy achieving what he called “Best Ever Performance.”

In releasing this message, Gilday is continuing a high level of focus on  these principals of leadership as well as a high baseline personal conduct as the foundation of Navy readiness in an era of growing great power competition on the high seas.

“To reach this vision of cultural excellence, the Navy must evolve beyond simply responding to incidents after they occur,” Gilday wrote. “Reactive strategies demand large amounts of our collective time and effort to target a relatively small population.  Instead, we must proactively prevent incidents from occurring in the first place.

The message wasn’t long on just how he intends accomplish his change in culture saying only the Navy was “hard at work developing the necessary guidance and tools to do so.” 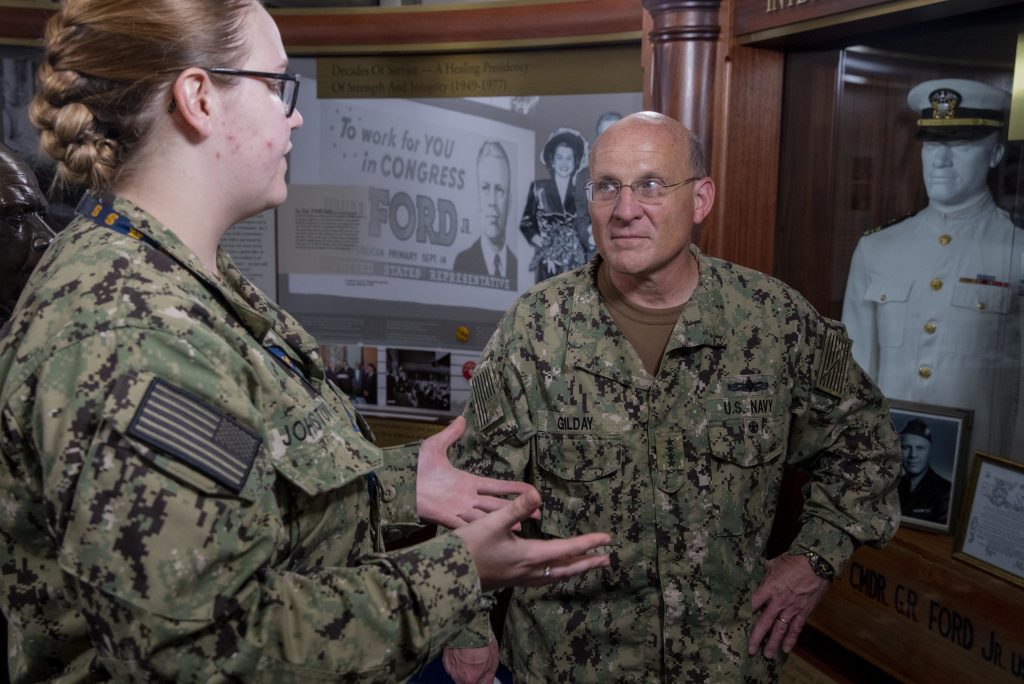 * Communication guides for senior and deckplate leaders to further explain our way ahead.

* Information on upcoming pilot programs designed to empower unit-level commanders and their Command Resilience Teams to make data-driven decisions to get to the left of destructive behaviors.

In addition, Gilday promised that the Navy will continue “reviewing, simplifying and aligning our policies” to eliminate anything that is  and programs that are duplicative or ineffective” in an effort to “give deckplate leaders time back for training, qualifications, education, and everything else that promotes combat readiness.”

“We will continue to seek your feedback on these efforts,” Gilday concluded the message saying.

“Navy senior leaders, myself especially, are listening.  We are committed to promoting your success.