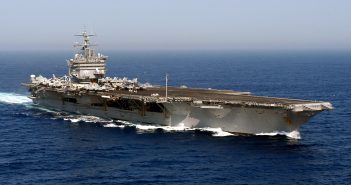 Farewell to an Icon

Last week, after more than five decades of service during which she became the US Navy’s most iconic and revered warship, the USS Enterprise was decommissioned. It was the Big E’s uniqueness is what made her so special. 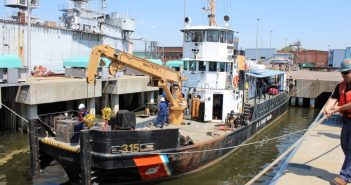 If You’re Going to Invest in National Security, Don’t Forget the Coast Guard

Since taking office, President Donald Trump has vowed to increase spending to improve the nation’s defenses, grow the US economy and toughen security along the America’s borders. With military spending to increase over the coming few years, it’s vital to invest in a more capable Coast Guard given the service’s key role in supporting Trump’s aims. 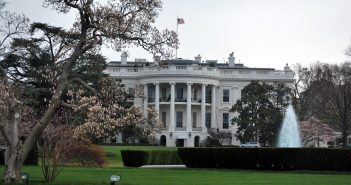 Now that Donald Trump has been elected the America’s 45th president, it’s vital he transition from campaign rhetoric to building thoughtful, detailed and realistic defense plans. 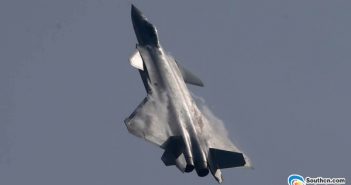 Time for a New Air Dominance Aircraft and Weapons

That sounds interesting, but is far from the mark as the two jets couldn’t be more different, driven by the differing needs of the countries that developed them. 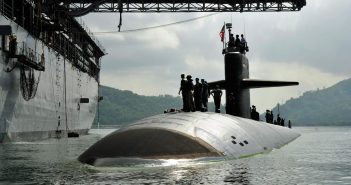 In the early 1990s, any time you asked US Navy leaders how many aircraft carriers American had, their answer was “not enough.”

Today, the same thing can be said about the Navy’s submarine force.

At the moment, America has 52 nuclear attack submarines. That’s more than any other nation in the world, but still not enough to support US global needs. 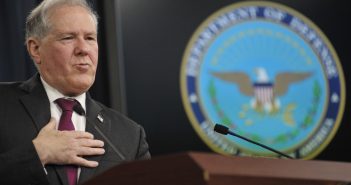 As Congress considers more changes to how the Pentagon buys goods and services, lawmakers should read DoD’s latest annual report on the performance of the defense acquisition system.

The report illustrates consistent efforts by Pentagon leaders over the past eight years are paying off: cost growth on major programs is now at a 30-year low.

The combination is saving billions of dollars a year.

You’d think that such progress would be rewarded by Congress. Instead, the future of Kendall’s office – created by the landmark 1986 Goldwater-Nichols legislation to bring oversight over out-of-control military programs – is, again, in jeopardy. 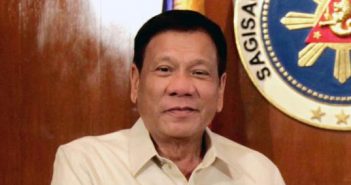 For years, China hawks have warned that Beijing is playing a very sophisticated multipronged strategy make good its territorial claims in the region.

Two of China’s levers are well known – an increasingly powerful military to intimidate its neighbors and tremendous economic leverage that it can use we either reward or punishment.

The third, according to analysts, is Beijing’s financial support for politicians across the region who once elected will steer their nations toward a pro-China path. Russia has employed similar tactics, bankrolling alternative movements across Europe to undermine NATO and the EU.

And the new Philippine President Rodrigo Duterte is one of those candidates. 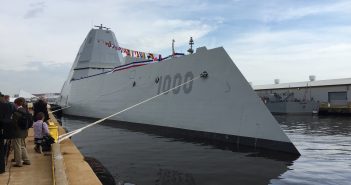 The USS Zumwalt, commissioned over the weekend in Baltimore, is a revolutionary step forward for the US Navy in terms of stealth, ship systems and firepower that will shape future warships.

For that to happen, the Navy must keep investing in the class — rightly seen as a key transitional step to the future — while using them as operational units and developmental test beds for new systems and weapons. 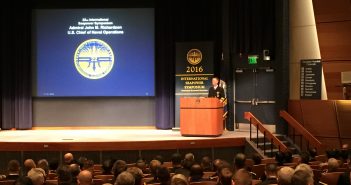 Why Military Forums Like the International Seapower Symposium Matter

Every two years since 1969, the US chief of naval operations has invited his global navy and coast guard counterparts to attend a three-day, closed-door symposium on seapower.

Between Sept. 20-23, representatives from more than 100 nations answered the call from Adm. John Richardson and descended on the Naval War College in Newport, R.I. (Full disclosure: we were invited to provide exclusive video coverage of the event.)

To critics, meetings like these amount to little more than military tourism, junkets for senior leaders and their spouses.

But the reality is: interpersonal relationships are critical among all leaders, especially military ones that hold jobs for a few years at a time. Every little bit helps build a network of bridges for use during future crises when knowing the guy on the other end of the phone makes all the difference. This year, spouses and families were encouraged to attend as well, expanding opportunities for networking beyond those in uniform. 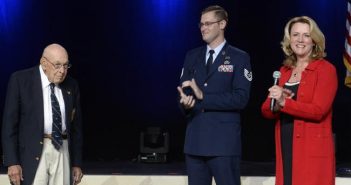 The naming of any new aircraft is a big deal, and the stakes are particularly high given it happens so infrequently.

Striking the right balance among history, symbolism and menace without veering into the corny is always tough. The names of the last two bombers, the B-1 Lancer and the B-2 Spirit, weren’t exactly resounding hits.

So all eyes were on what the Air Force would name the B-21 that is under development by Northrop Grumman. Air Force Secretary Deborah James and Gen. David Golfdein, the chief of staff, picked the winner from names submitted by airman service wide.

In front of a packed auditorium at the Air Force Association’s flagship annual conference last week, the new bomber was named the Raider, in honor of Jimmy Doolittle’s daring raid on Tokyo by the last survivor of the mission and one the Air Force’s greatest living heroes, retired Lt. Col. Dick Cole.

The 101-year-old Cole, Doolittle’s copilot, said he as honored and humbled by the gesture, wishing his comrades were alive to share in the moment.

Previous 1 2 3 4 5 Next
REGISTER WITH US
Your Information will never be shared with any third party.
×
SUBSCRIBE NOW!
Military
Civilian